3D
Featured Scan The World
2,322 views 84 downloads
2 collections
Community Prints Add your picture
Be the first to share a picture of this printed object
0 comments

Statue found in the Isla Zapatera, in Nicaragua. The large quantity of statues, petroglyphs and pottery found at the site, and on other islands in the Zapatera archipelago, suggests the area was an important ceremonial center of pre-Columbian Chorotega people.

This statue depicts a seated human figure with a crocodile head over his own head. 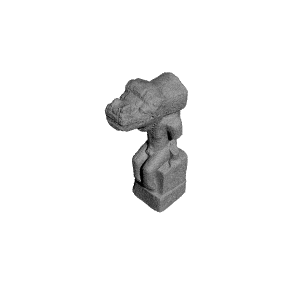