3D
Scan The World
2,094 views 64 downloads
1 collection
Community Prints Add your picture
Be the first to share a picture of this printed object
0 comments

This is one of three elephants (also uploaded on MyMiniFactory and Scan The World) that originate from Tra Kieu in Vietnam. Found in the Quang Nam province and identified as being carved out of stone in the Tra Kieu style it is believed that the were created in the 10th Century AD. Each elephant would have been used to adorn buildings or houses and were widely used motifs in art of the time and location. 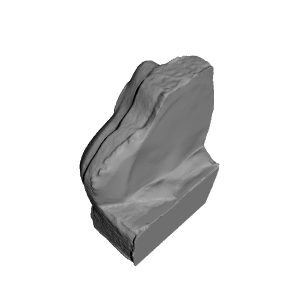 ×
1 collections where you can find Elephant at The Guimet Museum, Paris by Scan The World