3D
Scan The World
3,450 views 98 downloads
Community Prints Add your picture
Be the first to share a picture of this printed object
0 comments

Elisabeth of Bavaria (born Elisabeth Gabriele Valérie Marie, Duchess in Bavaria) (25 July 1876 – 23 November 1965) was Queen consort of the Belgians as the spouse of King Albert I, and a Duchess in Bavaria by birth. She was the mother of King Leopold III of Belgiumand of Queen Marie José of Italy, and grandmother of kings Baudouinand Albert II of Belgium.Born in Possenhofen Castle, her father was Karl-Theodor, Duke in Bavaria, head of a cadet branch of the Bavarian royal family, and anophthalmologist of recognized reputation. She was named in honor of her father's sister, Empress Elisabeth of Austria, better known as Sisi. Her mother was Maria Josepha of Portugal, daughter of exiled Miguel I of Portugal. An artist himself, Duke Karl-Theodor cultivated the artistic tastes of his family and Elisabeth was raised with a deep love for painting, music and sculpture. At her father's clinic, where her mother assisted her father as a nurse, Elisabeth obtained exposure to productive labour and to human suffering unusual at that time for a princess. In Munich on 2 October 1900, Duchess Elisabeth married Prince Albert, second-in-line to the throne of Belgium (after his father Prince Philippe, Count of Flanders). Upon her husband's accession to the Belgian throne in 1909, Elisabeth became queen. The city of Élisabethville, today Lubumbashi, in the Congo was named in her honour.

At the time that Albert and Elisabeth met, Prince Albert was the heir to his uncle Leopold II of the Belgians. Albert was the second son of Prince Philippe, Count of Flanders and Princess Marie of Hohenzollern-Sigmaringen, a sister of King Carol I of Romania. At birth, Albert occupied the third place in the line of succession behind his father and elder brother, Prince Baudouin. The unexpected death of Baudouin in January 1891 immediately raised Albert to prominence within his country. A studious, quiet man, Albert was not the choice of heir that King Leopold II would have relished. As the only living male member of his generation, Albert was guaranteed the Crown of the Belgians upon the King's death. Albert had two sisters who survived into adulthood, Princess Henriette who married Prince Emmanuel of Orléans, and Princess Josephine who married her cousin,Prince Karl-Anton of Hohenzollern-Sigmaringen, brother of King Ferdinand I of Romania. From September 23 till November 13, 1919, the Queen, together with the King and Prince Léopold, undertook an official visit to the United States of America. During a journey in the historic pueblo of Isleta in New Mexico, the King awarded the Order of Léopold to Father Anton Docher. As a memento, the King was given a turquoise cross mounted in silver made by the Tiwa people. Ten thousand people traveled to Isleta for the occasion. In 1934, Albert I died in a climbing accident in the Ardennes of Belgium, near Namur. Elisabeth lived to see her son become king (but also go into exile and abdicate), her younger son become, effectively, regent of the realm, and her grandson mount the throne.During the First World War, she and the King resided in De Panne. The Queen made herself beloved by visiting the front lines and by sponsoring a nursing unit. Despite her German background, she was a popular queen, perceived as eagerly supporting her adoptive country.

As queen dowager, she became a patron of the arts and was known for her friendship with such notable scientists as Albert Einstein. During theGerman occupation of Belgium from 1940 to 1944, she used her influence as queen and German connections to assist in the rescue of hundreds of Jewish children from deportation by the Nazis. When Brussels was liberated, she allowed her palace to be used for headquarters of the British Corps, and presented its commander General Horrocks with itsmascot, a young wild boar named 'Chewing Gum'. After the war she was awarded the title Righteous Among the Nations by the Israeli government. During the 1950s, the Queen evoked controversy abroad by visiting theSoviet Union, China and Poland, trips that prompted some to label her as the "Red Queen." Queen Elisabeth died in Brussels at the age of 89 on 23 November 1965. She is interred in the royal vault at the Church of Our Lady of Laeken, Brussels. She was the 1,016th Dame of the Royal Order of Queen Maria Luisa. 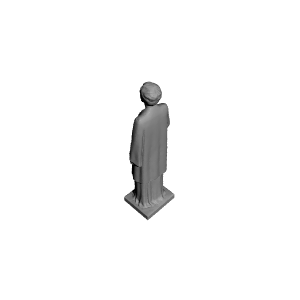 ×
0 collections where you can find Elisabeth in Brussels, Belgium by Scan The World