3D
Scan The World
3,779 views 256 downloads
1 collection
Community Prints Add your picture
Be the first to share a picture of this printed object
0 comments

Elizabeth (sometimes Eliza) Farren was the daughter of George Farren of Cork, Ireland, a surgeon and apothecary, later an actor, and his wife (née Wright) of Liverpool, the daughter of a publican or brewer. At a very early age Farren performed at Bath and elsewhere in juvenile parts. In 1774 she was acting with her mother and sisters at Wakefield under Tate Wilkinson’s opponent, Whiteley, when she played Columbine and sang. At the age of fifteen, at Liverpool, she played Rosetta in Love in a Village and subsequently her best known role of Lady Townly in The Provoked Husband by Colley Cibber.

Her first London appearance was in 1777 as Miss Hardcastle in She Stoops to Conquer, and subsequent successes established her reputation. The Shakespearean parts of Hermione, Portia, Olivia and Juliet were in her repertory, but comedy parts such as Lady Betty Modish, Lady Townly, Lady Fanciful and Lady Teazle were her favorites.

She was introduced by Younger, her Liverpool manager, to George Colman and made her first appearance in London at the Haymarket on 9 June 1777, playing Miss Hardcastle. Her performance was favourably received, and, after playing Maria in Murphy’s Citizen, Rosetta, and Miss Tittup in Garrick's Bon Ton, she was cast as Rosina in the Spanish Barber, or the Useless Precaution, his adaptation from Beaumarchais' The Barber of Seville. She also spoke the epilogue to the play. On 11 July 1778 she was the original Nancy Lovel in Colman's Suicide. This was a "breeches" part, to which her figure was unsuited, and she was subjected to some satire for shapelessness. Performances as Lady Townly, and Lady Fanciful in the Provoked Wife restored her to public favour.

In September 1778 she made her first appearance at Drury Lane, as Charlotte Rusport in the West Indian. She performed primarily at this theatre (where she was the successor to Frances Abington when the latter left in 1782) or at the Haymarket for the rest of her stage career, with occasional performances in the provinces and at Covent Garden. She had over 100 characters in her repertoire, including Berinthia in Sheridan's Trip to Scarborough, Belinda in Murphy's All in the Wrong, Angelica in Love for Love, Elvira in Spanish Friar, Hermione in the Winter's Tale, Olivia in Twelfth Night, Portia, Lydia Languish, Millamant in The Way of the World, Statira, Juliet, and Lady Betty Modish. She "created" few original parts: Lady Sash in the Camp, assigned to Sheridan, Drury Lane, 15 Oct. 1778; Mrs Sullen in Colman's Separate Maintenance, Drury Lane, 31 Aug. 1779; Cecilia in Miss Lee's Chapter of Accidents, Haymarket, 5 Aug. 1780; Almeida in Pratt's Fair Circassian, 27 Nov. 1781; and the heroines of various comedies and dramas of Mrs. Cowley, Mrs. Inchbald, General Burgoyne, Miles Peter Andrews, and of other writers. The last original part she played was the heroine of Holcroft's Force of Ridicule, 6 Dec. 1796, which was unfavourably received on its first night and remains unprinted. On her last appearance, 8 April 1797, she played Lady Teazle; a large audience was attracted, and Farren, after speaking the farewell lines of her part, burst into tears.

Farren had a slight figure and was above average height. Her face was expressive and animated, she had blue eyes, a winning smile, and a sweet, cultivated voice. In manner and bearing she appears to have had no rival except Frances Abington, with whom she was often compared.

1796 caricature by James Gillray, depicted next to her future husband.

She had a short sentimental attachment to John Palmer and was admired and followed by Charles Fox. Lord Derby reportedly treated her with more respect than was sometimes given to ex-actresses. Hazlitt speaks of "Miss Farren, with her fine-lady airs and graces, with that elegant turn of her head and motion of her fan and tripping of her tongue" (Criticisms and Dramatic Essays, 1851, p. 49). Richard Cumberland (Memoirs, ii. 236) mentions her style as "exquisite." George Colman the younger (Random Recollections, 1. 251) says of "the lovely and accomplished Miss Farren" that "No person ever more successfully performed the elegant levies of Lady Townly." Tate Wilkinson credits her with "infinite merit" (Wandering Patentee, iii. 42). Boaden (Life of Siddons, ii. 318) says that after her retirement comedy degenerated into farce. Horace Walpole spoke of her as the most perfect actress he had ever seen, and Mrs. Siddons, on the day of Farren’s marriage, commiserated the loss of "our comic muse."

Farren reportedly had an affair with Anne Seymour Damer. 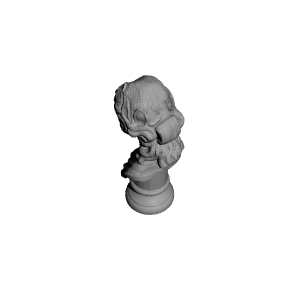