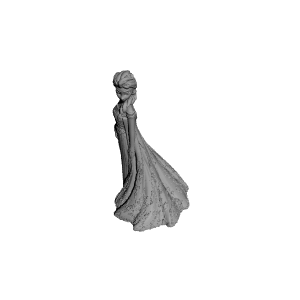 Print I did some time ago when I was new to printing. My daughter loves frozen so it was a big hit!

Printed @ 150% scale, painted with acrylics. Made this for a little girls birthday, she loved it! Thanks again for a great model.

My daughter loved this. Thanks for the model!

Thank you. Great model for a nursery!

printed at 25% and 40%. great model with great details

Thank you for the file! Printed for my sister’s birthday! She is going to love it!

A nightlight for my niece. I've never painted anything the well before.

Thank you very much)

Made this for my daughter, brilliant print thank you