Queen Elsa of Arendelle is a fictional character who appears in Walt Disney Animation Studios' 53rd animated film Frozen (2013). She is voiced primarily by Broadway actress and singer Idina Menzel. At the beginning of the film, she is voiced by Eva Bella as a young child and by Spencer Lacey Ganus as a teenager. 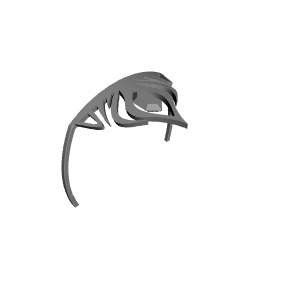 It's a Christmas gift ;) Thanks for your share. Love it. (PLA Reprap Gold. )

Used S3d to separate the jewel from the crown and print 2 color.

For printing, a very low-quality filament "DEXP" was used. Therefore, the model came out very poorly. But it turned out to finish it a little. Although it turned out still not very.