Emil Jakob Schindler (1842-1892) was an Austrian landscape painter. In contrast to the romanticising tendencies of contemporary landscape painting, Schindler strove for realistic representation. For his oil paintings, he initially chose motifs from the Vienna Prater with particular preference, later from Moravia, Hungary and Holland. Emil Jakob Schindler died at the height of his success as a result of protracted appendicitis. The Schindler monument in the Vienna Stadtpark was unveiled on October 14, 1895. 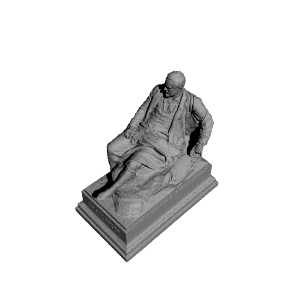