Emperor Claude at The Louvre, Paris

3D
Scan The World
2,338 views 119 downloads
Community Prints Add your picture
Be the first to share a picture of this printed object
0 comments

Emperor Claude at The Louvre, Paris

Great nephew of Augustus, Claude became the Emperor at 51 years old in an unexpected manner after the assassination of Caligula. These portraits depicting the emperor work with the means of the idealisation of imperial figures implemented by Augustus. a powerful conquerer and reformer, he couldn't resist this influence from his wife, Aggripina the Young. 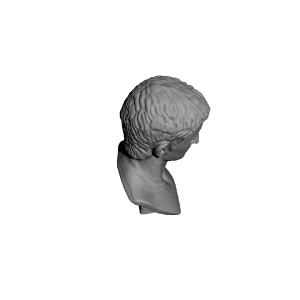 ×
0 collections where you can find Emperor Claude at The Louvre, Paris by Scan The World