3D
360°
Scan The World
3,107 views 312 downloads
1 collection
Community Prints Add your picture
Be the first to share a picture of this printed object
0 comments

This bust of Emperor Hadrian (76 - 138 AD) was probably reworked from an armored statue of Emperor Domitian. The now missing forelocks were added during this remake.

Hadrian reigned from 117 AD until his death. During his rule, he focused on uniting and strenghtening the empire's current state and people, rather than driving for more expansion. He was an admirer of Greece and sought to make Athens the cultural capital of the Empire, so he ordered the construction of many opulent temples there. His intense relationship with Greek youth Antinous and Antinous' untimely death led Hadrian to establish a widespread cult late in his reign. 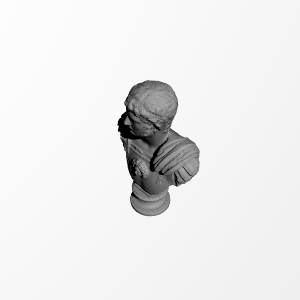