3D
360°
Featured Scan The World
2,159 views 256 downloads
1 collection
Community Prints Add your picture
Be the first to share a picture of this printed object
0 comments

The original full-figure statue of Empress Cunigunde of Luxembourg can be found between two other statues of Emperor Henrik and Saint Stephen (not in KAS) in the porch of Bamberg Cathedral in Germany. In the sculpture she holds a church, often a signifier of the sitter being either a saint or related to the church. 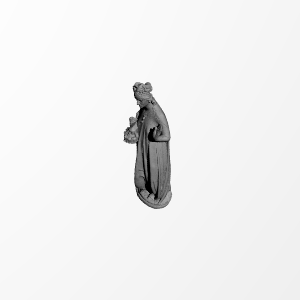