3D
Scan The World
2,485 views 93 downloads
Community Prints Add your picture
Be the first to share a picture of this printed object
0 comments

This is a sculpture of Enguerrand de Monstrelet who was a French chronicler. He was born in Picardy, most likely into a family of the minor nobility. In 1436 and later he held the office of lieutenant of the gavenier (i.e. receiver of the gave, a kind of church rate) at Cambrai, and he seems to have made this city his usual place of residence. He was for some time bailiff of the cathedral chapter and then provost of Cambrai. Monstrelet's own writings, dealing with the latter part of the Hundred Years' War, are valuable because they contain a large number of documents which are certainly, and reported speeches which are probably, authentic. 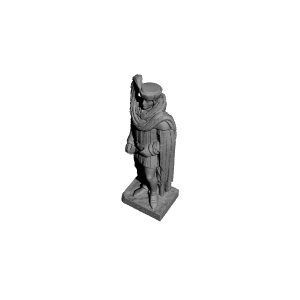 ×
0 collections where you can find Enguerrand de Monstrelet in Cambrai, France by Scan The World