The head of the block-like seated figure was covered with a veil, the rests of which can be seen on the shoulders. Such headscarves can often be found in Archaic representations of women in Miletus. After it was damaged, its head was also replaced by using a roughly cut mortise. 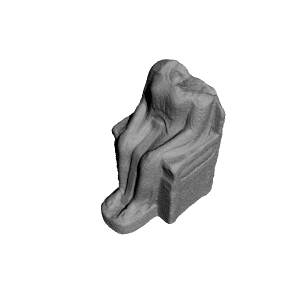