3D
Scan The World
1,563 views 54 downloads
Community Prints Add your picture
Be the first to share a picture of this printed object
0 comments

Ennio Quirino Visconti (November 1, 1751 – February 7, 1818) was an Italian antiquarian and art historian, papal Prefect of Antiquities, and the leading expert of his day in the field of ancient Roman sculpture. His son, Pietro Ercole Visconti, edited Versi di Ennio Quirino Visconti, raccolti per cura di Pietro Visconti while Louis Visconti became a noted architect in France. His brother, Filippo Aurelio Visconti (died 1830) was also a classical scholar, who published the Museo Chiaramonti, a successor to the Museo Pio-Clementino. 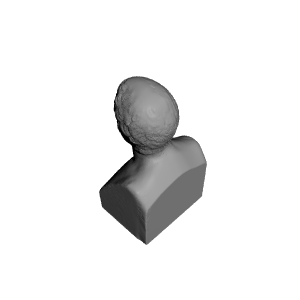 ×
0 collections where you can find Ennio Quirino Visconti at The Borghese Garden, Italy by Scan The World