3D
Scan The World
6,704 views 414 downloads
1 collection
Community Prints Add your picture
Be the first to share a picture of this printed object
0 comments

The Equestrian Statue of Theodore Roosevelt is a bronze statue depicting Theodore Roosevelt on horseback with an American Indian and African American walking by his side. The statue, produced by James Earle Fraser, was completed in 1940 and is now on display outside the museum of Natural History in New York City. 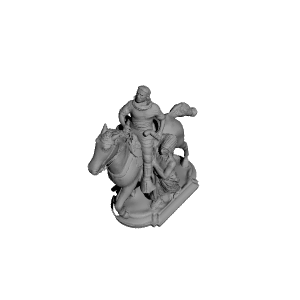 ×
1 collections where you can find Equestrian Statue of Theodore Roosevelt, New York by Scan The World