3D
Scan The World
1,138 views 67 downloads
Community Prints Add your picture
Be the first to share a picture of this printed object
0 comments

Ernst Curtius (1814 - 1896) was a German Epigraphist, archaeologist and classical philologist. He became a professor at Friedrich-Wilhelms (now Humboldt) University in Berlin in 1844 and was the director of the Olympia excavations of the German Empire from 1875 to 1881.

Fritz Schaper was a German sculptor and a member of the Prussian Academy of Arts. 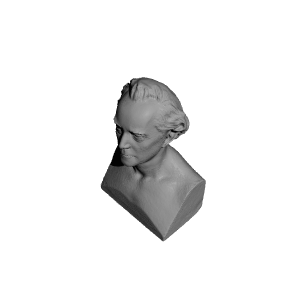