3D
Scan The World
3,556 views 196 downloads
1 collection
Community Prints Add your picture
Be the first to share a picture of this printed object
0 comments

This bust of Eugénie Maria Wynne was one of a number of portraits kept at the Wynne family's house, Garthewin in Denbighshire, North Wales. On the death of her grandson, who inherited the estate from an uncle, the house was sold and the portraits it contained (with the exception of this bust) were lent to the National Library of Wales, Cardiff. This bust was exhibited at the Society of French Artists, London, in 1875, soon after its execution. Its location was unknown until its appearance in London in the 1980s. A painted plaster cast of it was recently acquired by the National Museum of Wales, Cardiff. Eugénie's eldest brother, Eyre Crowe (1824-1910), trained as an artist in Paris under Paul Delaroche (1797-1856). Crowe's portrait of her is currently on loan to the National Library of Wales, Cardiff. In 1867 he was appointed one of the 13 Art Referees at the South Kensington Museum, following the departure of J. C. Robinson. Another brother, Sir Joseph Archer Crowe, was the art historian who published prolifically in collaboration with G. B. Cavalcaselle. 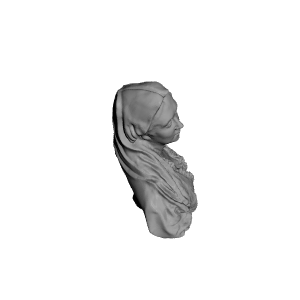 ×
1 collections where you can find Eugénie Maria Wynne by vam