3D
Scan The World
2,896 views 427 downloads
2 collections
Community Prints Add your picture
Be the first to share a picture of this printed object
0 comments

The sibyls were women that the ancient Greeks believed were oracles. The earliest sibyls, according to legend, prophesied at holy sites. Their prophecies were influenced by divine inspiration from a deity; originally at Delphi and Pessinos, the deities were chthonic deities. In Late Antiquity, various writers attested to the existence of sibyls in Greece, Italy, the Levant, and Asia Minor. 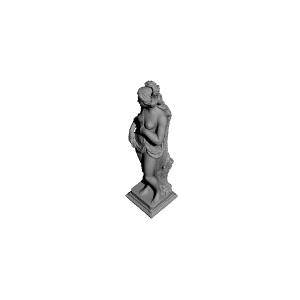