Eugene Delaplanche completed two works on the subject of the Bible's first woman. The more famous of the two is Eve After the Fall (1869) but he followed it up with Eve before the fall (1891) 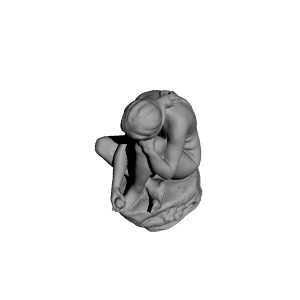