3D
Scan The World
2,426 views 181 downloads
1 collection
Community Prints Add your picture
Be the first to share a picture of this printed object
0 comments

Anton Starkopf’s (1889–1966) oeuvre had a significant impact on the development of Modernist sculpture in Estonia in the 1920s and 1930s. Starkopf introduced novel subject matter and treatment of figure, influenced by German Expressionism, into Estonian sculpture. He was also one of the founders of the first national art school Pallas in Estonia in 1919. Starkopf made an enormous contribution to raising a whole generation of pre-war artists. 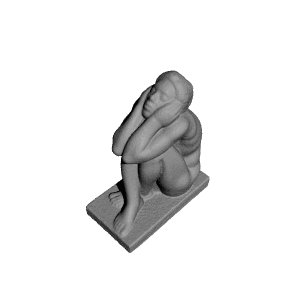