Jean Arp was a German-French sculptor, famous for his important participation in the surrealist movement. In fact, he was one of the founding members of the Dada movement in 1916.

Surrealism took its inspiration from dreams, the subconscious, establishing a link between the unconscious and the lived reality. Jean Arp was a great precursor in this movement as his abstract work inspired many surrealist artists afterwards. Alongside Joan Miró’s paintings, Jean Arp’s sculptures and reliefs are considered as the pioneer work for the abstract realm of biomorphic forms, whic eventually became a primary element in much Surrealist work. 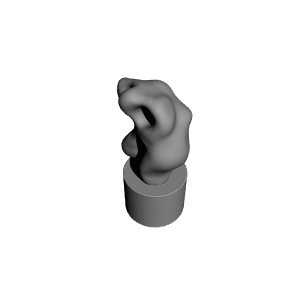 ×
4 collections where you can find Evocation of a Form: Human, Lunar, Spectral by 3DLirious
×
Viridian
@Viridianite
0
Printed on: Flsun QQ-S
Material: PLA
Posted at: 02nd October 2022

Came out great! Infill was lines so I threw some rice in there during the print to weigh it down :)