Originally produced as a core world space superiority fighter, aging Aggressors were sold in large numbers to the belligerent parties in the outer rim conflicts. Carrying a mixed load of internal ordnance and energy weapons in a simple but classic starframe, the Aggressor was capable of dogfighting with impressive results, and making attack runs on significantly larger opponents. Their lack of redundant internal systems was a constant source of pilot concerns, but the undeniable effectiveness of the F-067 kept them in service despite having a reputation as pilot coffins. 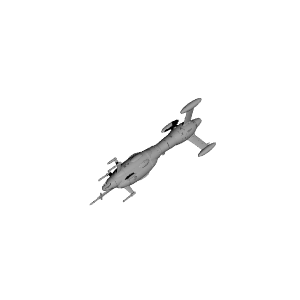