The Pulsarhawk was a top of the line interceptor in its day, but by time the outer rim conflicts broke out, they were too slow and lightly armed to be used in their primary role. Instead the ubiquitous and agile ship was used as a lightweight dogfighter. Their availability and range kept them in use even after better designs replaced them in the front lines, with F-98's still flying escort and scouting missions during the last days of the wars. 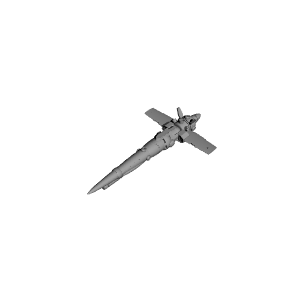