3D
Support Free Scan The World
3,583 views 142 downloads
Community Prints Add your picture
Be the first to share a picture of this printed object
0 comments

This relief is part of the Vystavka Dostizheniy Narodnogo Khozyaystva (VDNKh) which is a permanent general purpose trade show and amusement park in Moscow, Russia. It depicts 3 farmers working in a field of wheat, the woman on the right is holding a classical tool to chop the wheat. There is not much contextual information about this piece, it is most probably just used as decoration for the amusement park.

Print standing with a brim for stability. 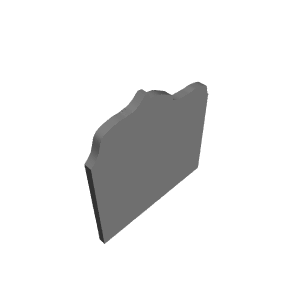