This is a scan of a much smaller cast of the original. 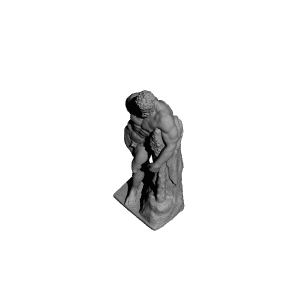 I wonder how to print this „support free“. I used support.