3D
Scan The World
4,492 views 342 downloads
2 collections
Community Prints Add your picture
Be the first to share a picture of this printed object
0 comments

'Fate-Led' was exhibited at the Royal Academy in 1892 with the following lines:

'Fate leading, she must needs go on and on

Blindly, yet fearing not, till the goal be won.'

The work made a considerable impact when first exhibited through its enigmatic subject-matter, disturbing imagery and naturalistic handling. Albert Toft trained as a potter at Wedgwood and studied sculpture at the National Art Training School in London under Edouard Lanteri. His broad, soft modelling style displays the latter's influence along with the symbolist preoccupations of Alfred Gilbert. 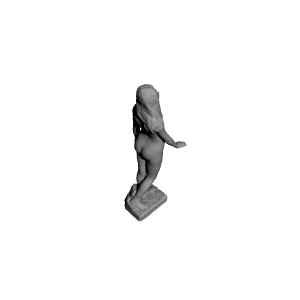