3D
Scan The World
3,016 views 257 downloads
Community Prints Add your picture
Be the first to share a picture of this printed object
0 comments

This is an ancient sculpture of a faun, a mythological half human–half goat-creature appearing in Ancient Rome.

The goat man, more commonly affiliated with the Satyrs of Greek mythology or Fauns of Roman, is a bipedal creature with the legs and tail of a goat and the head, arms and torso of a man and is often depicted with goat's horns and pointed ears. These creatures, in turn, borrowed their appearance from the god Pan of the Greek pantheon. They were a symbol of fertility, and their chieftain was Silenus, a minor deity of Greek mythology. 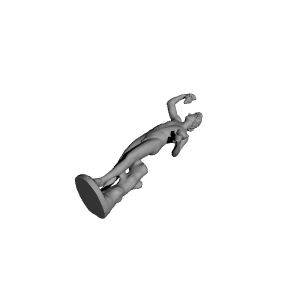 ×
0 collections where you can find Faun by Scan The World