Faun playing with his younger brother

3D
360°
Featured Scan The World
1,633 views 254 downloads
1 collection
Community Prints Add your picture
Be the first to share a picture of this printed object
0 comments

Faun playing with his younger brother

The sculpture is an example of how art in the mid 19th century was still dominated by idealism in the spirit of classicism, but moving towards more realistic depictions. The figures are portrayed as mythical nature spirits, with the little boy and the older brother looking tenderly at each other. The plaster model for the sculpture was exhibited at the Royal Swedish Academy of Fine Arts in 1866. The marble version was ordered by Nationalmuseum. 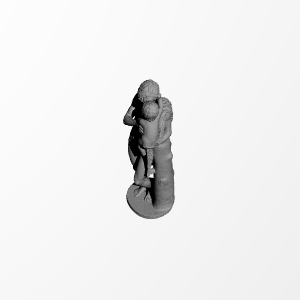