3D
Scan The World
2,907 views 60 downloads
Community Prints Add your picture
Be the first to share a picture of this printed object
0 comments

The train engineer Feketeházy came from Vágsellye, where he grew up with five siblings and primary school graduated. His father was Czech and was originally called Černohaus, the name was Magyarized later. The high school he graduated from in Trnava. He then studied at the Polytechnic Institute in Vienna and at the ETH Zurich and received there in 1866 an engineering degree. During his internship, he worked on the planning of Stadlauer bridge in Vienna and the Bosphorus channel. After the Austro-Hungarian Compromise, he returned to Hungary in 1873 and went to Budapest. In 1878 he won at the World Exhibition in Paris for his new price Stahlbau methods at the bridges over the Danube. In the years up to 1892 he was chief engineer at the Hungarian MÁV railway company, where he retired. This he spent back in his native city of Šaľa, as it was called in the meantime. After an accident, one of his legs had to be amputated. After his death he was buried in the family grave. Feketeházy itself is much less well known than his buildings that he planned in the second half of the 19th century. This includes some Danube bridges. All railway bridges of MÁV to 1912 are due to his plans. Other buildings such as Station buildings bear his signature. Outside Hungary also its construction way of turntables and defense technology bridges is widespread. From his handwritten notes Notes are obtained to his resume.
(Credit; Wikipedia) 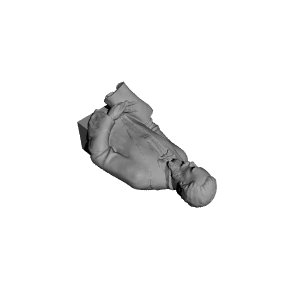 ×
0 collections where you can find Feketeházy János Bust in Szeged, Hungary by Scan The World