3D
Scan The World
3,220 views 127 downloads
Community Prints Add your picture
Be the first to share a picture of this printed object
0 comments

Felicia Dorothea Hemans (25 September 1793 – 16 May 1835) was an English poet. Two of her opening lines, The boy stood on the burning deck and The stately homes of England, have acquired classic status.

Felicia Dorothea Browne was the fourth of six Browne children (three boys and three girls) to survive infancy. Of her two sisters, Elizabeth died about 1807 at the age of eighteen and Harriett Mary Browne (1798–1858) married first the Revd T. Hughes, then the Revd W. Hicks Owen. Harriett collaborated musically with Felicia and later edited her complete works (7 vols. with memoir, 1839). Her eldest brother, Lt-Gen. Sir Thomas Henry Browne KCH (1787–1855), had a distinguished career in the army; her second brother, George Baxter CB, served in the Royal Welch Fusiliers 23rd Foot, and became a magistrate at Kilkenny in 1830 and Chief Commissioner of Police in Ireland in 1831; and her third brother, Claude Scott Browne (1795–1821), became Deputy Assistant Commissary-General in Upper Canada.

Felicia was born in Liverpool, Lancashire, a granddaughter of the Venetian consul in that city. Her father's business soon brought the family to Denbighshire in North Wales, where she spent her youth. They made their home at Gwrych near Abergele and later at Bronwylfa, St. Asaph (Flintshire), and it is clear that she came to regard herself as Welsh by adoption, later referring to Wales as "Land of my childhood, my home and my dead". Her first poems, dedicated to the Prince of Wales, were published in Liverpool in 1808, when she was only fourteen, arousing the interest of no less a person than Percy Bysshe Shelley, who briefly corresponded with her. She quickly followed them up with "England and Spain" [1808] and "The domestic affections", published in 1812, the year of her marriage to Captain Alfred Hemans, an Irish army officer some years older than herself. The marriage took her away from Wales, to Daventry in Northamptonshire until 1814.

During their first six years of marriage, Felicia gave birth to five sons, including Charles Isidore Hemans, and then the couple separated. Marriage had not, however, prevented her from continuing her literary career, with several volumes of poetry being published by the respected firm of John Murray in the period after 1816, beginning with "The Restoration of the Works of Art to Italy" (1816) and "Modern Greece" (1817). "Tales and Historic Scenes" was the collection which came out in 1819, the year of their separation.

From 1831 onwards, she lived in Dublin, where her younger brother had settled, and her poetic output continued. Her major collections, including The Forest Sanctuary (1825), Records of Woman and Songs of the Affections (1830) were immensely popular, especially with female readers. Her last books, sacred and profane, are the substantive Scenes and Hymns of Life and National Lyrics, and Songs for Music. She was by now a well-known literary figure, highly regarded by contemporaries such as Wordsworth, and with a popular following in the United States and the United Kingdom. When she died of dropsy, Wordsworth and Walter Savage Landor composed memorial verses in her honour. She is buried in St. Ann's Church, Dawson Street. 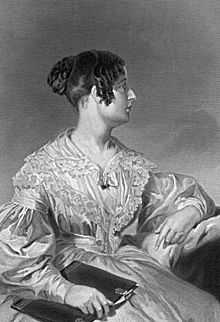 Felicia Hemans' works appeared in nineteen individual books during her lifetime. After her death in 1835 they were republished widely, usually as collections of individual lyrics and not the longer, annotated works and integrated series that made up her books. For surviving women poets, like Britons Caroline Norton and Letitia Elizabeth Landon, Americans Lydia Sigourney and Frances Harper, the French Amable Tastu and German Annette von Droste-Hülshoff and others, she was a valued model, or (for Elizabeth Barrett Browning) a troubling predecessor; and for male poets including Tennyson and Longfellow, an influence less acknowledged. To many readers she offered a woman's voice confiding a woman's trials; to others a lyricism apparently consonant with Victorian chauvinism and sentimentality. Among the works she valued most were the unfinished "Superstition and Revelation" and the pamphlet "The Sceptic," which sought an Anglicanism more attuned to world religions and women's experiences. In her most successful book, "Records of Woman" (1828), she chronicles the lives of women, both famous and anonymous.

Despite her illustrious admirers, her stature as a serious poet gradually declined, partly due to her success in the literary marketplace. Her poetry was considered morally exemplary, and was often assigned to schoolchildren; as a result, Hemans came to be seen a poet for children rather than taken seriously on the basis of her entire body of work. A jocular reference by Saki in The Toys of Peace suggests simultaneously that she was a household word and that Saki did not take her seriously. Schoolchildren in the U.S. were still being taught The Landing of the Pilgrim Fathers in New England ("The breaking waves dashed high/On a stern and rock-bound coast...") in the middle of the 20th century. But by the 21st century, The Stately Homes of England refers to Noël Coward's parody, not to the once-famous poem it parodied, and Felicia Hemans was remembered popularly for her poem, "Casabianca".

However, Hemans' critical reputation has been re-examined in recent years. Her work has resumed a role in standard anthologies and in classrooms and seminars and literary studies, especially in the U.S. It is likely that further poems will be familiar to new readers, such as "The Image in Lava," "Evening Prayer at a Girls' School," "I Dream of All Things Free," "Night-Blowing Flowers," "Properzia Rossi," "A Spirit's Return," "The Bride of the Greek Isle," "The Wife of Asdrubal," "The Widow of Crescentius," "The Last Song of Sappho," and "Corinne at the Capitol." 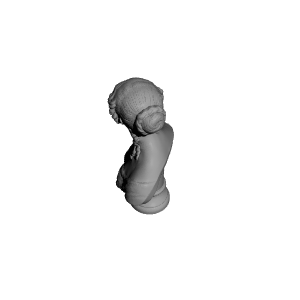