3D
Scan The World
1,129 views 36 downloads
Community Prints Add your picture
Be the first to share a picture of this printed object
0 comments

This portrait of a woman was found in Athens. It has been suggested that it be a portrait of Sabinam wife of emperor Hadrian, but it is probably a private portrait. Roman portraiture

Roman portraiture is alternately "veristic" or "classicizing", as each imperial dynasty sought to emphasize certain aspects of representation in an effort to legitimize their authority or align themselves with revered predecessors. 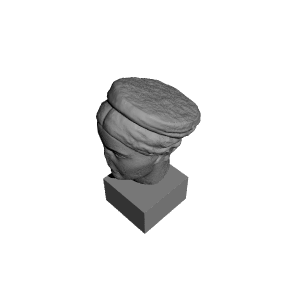