Ferdinand-Philippe at The Louvre, Lens

3D
Scan The World
3,037 views 138 downloads
Community Prints Add your picture
Be the first to share a picture of this printed object
0 comments

Ferdinand-Philippe at The Louvre, Lens

Prince Ferdinand Philippe of Orléans (3 September 1810 – 13 July 1842) was the eldest son of Louis Philippe d'Orléans, Duke of Orléans and future King Louis Philippe I. Born in exile in his mother's native Sicily, he was their heir to the House of Orléans from birth. Following his father's succession as King of the French in 1830, he became the Prince Royal and subsequently Duke of Orléans (French: Duc d'Orléans), the title by which he is best known. Dying in 1842, he never succeeded his father nor saw the collapse of the July Monarchy and subsequent exile of his family to England. 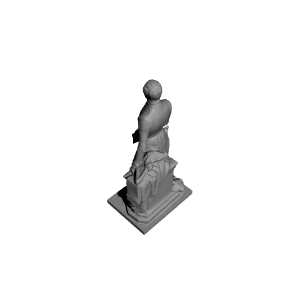 ×
0 collections where you can find Ferdinand-Philippe at The Louvre, Lens by Scan The World