Ferdinand Philippe, Duke of Orleans at The Louvre, Paris

3D
Support Free Scan The World
2,699 views 120 downloads
Community Prints Add your picture
Be the first to share a picture of this printed object
0 comments

Ferdinand Philippe, Duke of Orleans at The Louvre, Paris

A copy of a section of a gisant (tomb effigy) of the son of Louis-Philippe who died in a horse carriage accident. The original monument can be found in the chapel of Saint-Ferdinand in Neuilly.

Triqueti, who was born into privilege and signed his first name “Henry” after 1850, did not really need to earn money from his artistic production. The lack of casts and reproductions of his works has probably contributed to his being a lesser-known sculptor of the nineteenth century, even though he completed some very important projects in France and England. He exhibited at the Paris Salon exhibitions somewhat regularly starting in 1831, but more importantly, he gained the favor of King Louis-Philippe of France, whose commissions for the Chamber of Deputies and for the Church of the Madeleine, both in Paris, kept Triqueti comfortably busy throughout the 1830s and 1840s. His major works of the 1860s were completed in England, including his Memorial Chapel to Prince Albert and his Shakespearean scenes for University College in London. 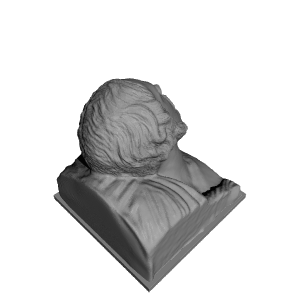 ×
0 collections where you can find Ferdinand Philippe, Duke of Orleans at The Louvre, Paris by Scan The World