3D
Scan The World
4,143 views 204 downloads
1 collection
Community Prints Add your picture
Be the first to share a picture of this printed object
0 comments

That sculpure of three fighting cocks was bought by Count Nikolai Sheremetev in 1787 for the Ostankino Palace, a former summer residence and private opera theatre of Sheremetev family, originally situated several kilometres to the north from Moscow but now a part of the North-Eastern Administrative Okrug of Moscow.

The Sheremetev family (Russian: Шереме́тевы) was one of the wealthiest and most influential noble families in Russia. The family held many high commanding ranks in the Russian military, governorships and eventually the rank of Count of the Russian Empire. 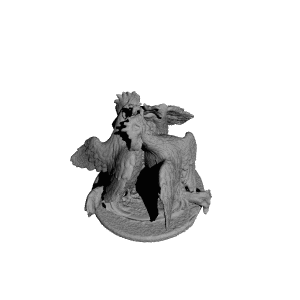