Figure of a Foreign Soldier at The British Museum, London

3D
Support Free Scan The World
3,270 views 77 downloads
Community Prints Add your picture
Be the first to share a picture of this printed object
0 comments

Figure of a Foreign Soldier at The British Museum, London

Such tomb figures made of red pottery with amber or brown glazes have been discovered mainly in the region of Xi'an in shaanxi and luoyang in henan and continue the tradition of glazed pottery burial wares made in North China in the Han dynasty.The Han dynasty was the second imperial dynasty of China, preceded by the Qin dynasty (221–207 BC) and succeeded by the Three Kingdoms period (220–280 AD). Spanning over four centuries, the Han period is considered a golden age in Chinese history. To this day, China's majority ethnic group refers to itself as the "Han people" and the Chinese script is referred to as "Han characters". It was founded by the rebel leader Liu Bang, known posthumously as Emperor Gaozu of Han, and briefly interrupted by the Xin dynasty (9–23 AD) of the former regent Wang Mang. This interregnum separates the Han dynasty into two periods: theWestern Han or Former Han (206 BC – 9 AD) and the Eastern Han orLatter Han (25–220 AD). The emperor was at the pinnacle of Han society. He presided over the Han government but shared power with both the nobility and appointed ministers who came largely from the scholarly gentry class. The Han Empire was divided into areas directly controlled by the central government using an innovation inherited from the Qin known as commanderies, and a number ofsemi-autonomous kingdoms. These kingdoms gradually lost all vestiges of their independence, particularly following the Rebellion of the Seven States. From the reign of Emperor Wu onward, the Chinese court officially sponsored Confucianism in education and court politics, synthesized with the cosmologyof later scholars such as Dong Zhongshu. This policy endured until the fall of the Qing dynasty in 1911 AD.

The Han dynasty was an age of economic prosperity and saw a significant growth of the money economy first established during the Zhou dynasty(c. 1050–256 BC). The coinage issued by the central government mint in 119 BC remained the standard coinage of China until the Tang dynasty (618–907 AD). The period saw a number of limited institutional innovations. To pay for its military campaigns and the settlement of newly conquered frontier territories, the government nationalized the private salt and iron industries in 117 BC, but these government monopolies were repealed during the Eastern Han period. Science and technology during the Han period saw significant advances, including papermaking, the nautical steering rudder, the use ofnegative numbers in mathematics, the raised-relief map, the hydraulic-powered armillary sphere for astronomy, and a seismometer employing aninverted pendulum. The Xiongnu, a nomadic steppe confederation, defeated the Han in 200 BC and forced the Han to submit as a de facto inferior partner, but continued their raids on the Han borders. Emperor Wu of Han (r. 141–87 BC) launchedseveral military campaigns against them. The ultimate Han victory in these wars eventually forced the Xiongnu to accept vassal status as Han tributaries. These campaigns expanded Han sovereignty into the Tarim Basin of Central Asia, divided the Xiongnu into two separate confederations, and helped establish the vast trade network known as the Silk Road, which reached as far as the Mediterranean world. The territories north of Han's borders were quickly overrun by the nomadic Xianbei confederation. Emperor Wu also launched successful military expeditions in the south, annexing Nanyue in 111 BC and Dian in 109 BC, and in the Korean Peninsula where the Xuantu andLelang Commanderies were established in 108 BC. After 92 AD, the palace eunuchs increasingly involved themselves in court politics, engaging in violent power struggles between the various consort clans of the empresses and empress dowagers, causing the Han's ultimate downfall. Imperial authority was also seriously challenged by large Daoist religious societies which instigated the Yellow Turban Rebellion and the Five Pecks of Rice Rebellion. Following the death of Emperor Ling (r. 168–189 AD), the palace eunuchs suffered wholesale massacre by military officers, allowing members of the aristocracy and military governors to become warlords and divide the empire. When Cao Pi, King of Wei, usurped the throne from Emperor Xian, the Han dynasty ceased to exist.

The 6th century BC started the first day of 600 BC and ended the last day of 501 BC. This century represents the peak of a period in human history popularly known as Axial Age. This period saw the emergence of five major thought streams springing from five great thinkers in different parts of the world. Buddha and Mahavira in India, Zoroaster in Persia,Pythagoras in Greece and Confucius in China. Pāṇini, in India, composed a grammar for Sanskrit, in this century or slightly later. This is the oldest still known grammar of any language. In the Near East, the first half of this century was dominated by the Neo-Babylonian or Chaldean empire, which had risen to power late in the previous century after successfully rebelling against Assyrian rule. The Kingdom of Judah came to an end in586 BC when Babylonian forces under Nebuchadnezzar II captured Jerusalem, and removed most of its population to their own lands. Babylonian rule was toppled however in the 540s, by Cyrus, who founded the Persian Empire in its place. The Persian Empire continued to expand and grew into the greatest empire the world had known at the time. In Iron Age Europe, the Celtic expansion was in progress. China was in the Spring and Autumn Period.

Mediterranean: Beginning of Greek philosophy, flourishes during the 5th century BC
The late Hallstatt culture period in Eastern and Central Europe, the late Bronze Age in Northern Europe
East Asia: The Spring and Autumn Period. Chinese philosophy become the orthodoxy of China. Confucianism, Legalismand Moism flourish. Laozi founds Taoism
Middle East: During the Persian empire, Zoroaster, aka Zarathustra, founded Zoroastrianism, a dualistic philosophy. This was also the time of the Babylonian captivity of the ancient Jews
Ancient India: The Buddha and Mahavira found Buddhism and Jainism
The decline of the Olmec civilization in America 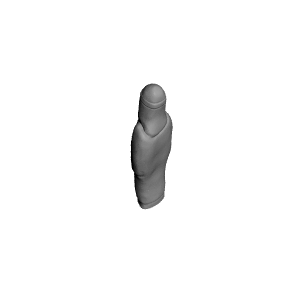 ×
0 collections where you can find Figure of a Foreign Soldier at The British Museum, London by Scan The World