Figure of a king from the Bristol High Cross

3D
Scan The World
1,402 views 67 downloads
Community Prints Add your picture
Be the first to share a picture of this printed object
0 comments

Figure of a king from the Bristol High Cross

This figure of a king formed part of the elaborate market cross at Bristol, that stood at two different sites in the city before it was dismantled in 1762. In 1764 the merchant banker Henry Hoare bought the cross to embellish the grounds of his estate at Stourhead, Wiltshire, where it remains. This figure, and three others displayed nearby, were replaced by copies in 1980. The identity of the individual kings is unknownm though they may represent John, Henry III, Edward I and Edward III. 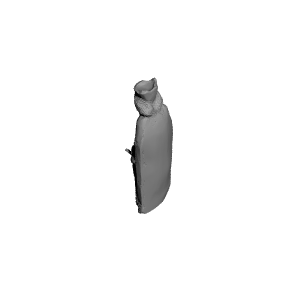