3D
360°
Featured Scan The World
1,644 views 233 downloads
4 collections
Community Prints Add your picture
Be the first to share a picture of this printed object
0 comments

The present lot draws inspiration from the model of the same name by James Pradier (1790-1852, France). Pradier exhibited a version of this work at the Paris Salon in 1841, and another example is in the Musée des Beaux-arts de Lyon. Pradier was influenced by Jean August Dominique Ingres' work La Grande Odalisque, executed in 1814 and now in the Louvre. The painting marked the transition of taste from Neoclassicism towards exotic Romanticism, resulting in the distinctly orientalist flare of the present work. 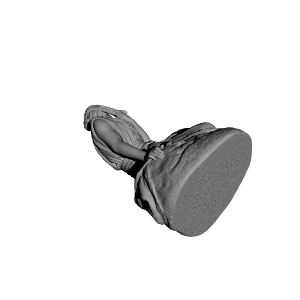