3D
Scan The World
1,509 views 60 downloads
Community Prints Add your picture
Be the first to share a picture of this printed object
0 comments

This lower half of a limestone relief from outside the Temple of Mithras depicts a figure holding a lighted torch pointed downwards, a symbol of darkness and death. Originally it would have stood within the temple, with its companion figure, Cautes, who holds an upright torch symbolising light and life. 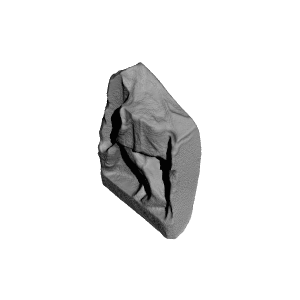