Figurine of the Capitoline Aphrodite

3D
Scan The World
1,627 views 65 downloads
Community Prints Add your picture
Be the first to share a picture of this printed object
0 comments

Figurine of the Capitoline Aphrodite

Standing with the weight on her left leg, two strands of hair falling over her shoulders, the support in the form of Eros riding a dolphin; no restorations.
W~ £120,000 - £180,000 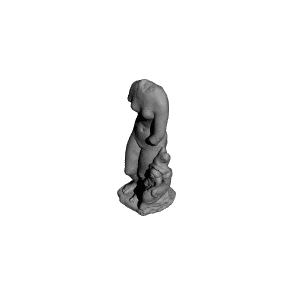