Fragment of dragon and snake

3D
Scan The World
1,161 views 40 downloads
2 collections
Community Prints Add your picture
Be the first to share a picture of this printed object
0 comments

Fragment of dragon and snake

The ouroboros is an ancient symbol depicting a serpent or dragon eating its own tail. Originating in Ancient Egyptian iconography, the ouroboros entered western tradition via Greek magical tradition and was adopted as a symbol in Gnosticism and Hermeticism, and most notably in alchemy. Via medieval alchemical tradition, the symbol entered Renaissance magic and modern symbolism, often taken to symbolize introspection, the eternal return or cyclicality, especially in the sense of something constantly re-creating itself. It also represents the infinite cycle of nature's endless creation and destruction, life and death. 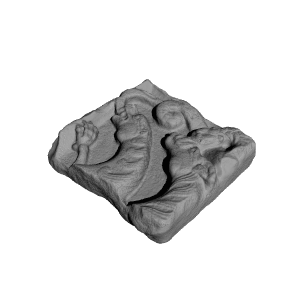