3D
Scan The World
1,887 views 96 downloads
Community Prints Add your picture
Be the first to share a picture of this printed object
0 comments

This limestone sculpture illustrates the ancient Greek myth of Icarus who was imprisoned with his father Daedalus in the palace of Knossos on Crete. In an attempt to escape, the pair fabricated wings from feathers and wax so they could fly away. Unfortunately, Icarus, not heeding the advice of his father, flew too close to the Sun, melting the wax that held the feathers and thus fell to his death in the sea.

The authors said about this sculpture: "Icaro is a topic I tackled several times, with its history always fascinated me and think: the contrast between the image of Icarus, flying towards the Sun, the momentum toward the sky and falling overboard and the sad end. This to me symbolizes freedom and the desire of man to choose." 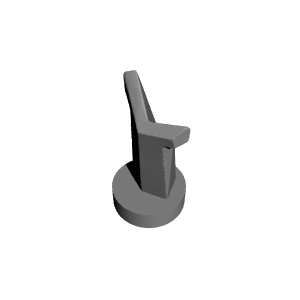