3D
Scan The World
2,713 views 83 downloads
Community Prints Add your picture
Be the first to share a picture of this printed object
0 comments

The Harpy Tomb is a marble chamber from a pillar tomb that stands in the abandoned city of Xanthos, capital of ancient Lycia, a region of southwestern Anatolia in what is now Turkey. Dating to approximately 480–470 BC, the chamber topped a tall pillar and was decorated with marble panels carved in bas-relief. It may be the tomb of Kybernis, a king of Xanthos.

The marble chamber is carved in the Greek Archaic style. Along with much other material in Xanthos it is heavily influenced by Greek art, but there are also indications of non-Greek influence in the carvings. The monument takes its name from the four carved female winged figures, resembling Harpies. The identities of the carved figures and the meaning of the scenes depicted are uncertain, but it is generally now agreed that the winged creatures are not Harpies. The Lycians absorbed much of Greek mythology into their own culture and the scenes may represent Greek deities, but it is also possible they are unknown Lycian deities. An alternative interpretation is that they represent scenes of judgement in the afterlife and scenes of supplication to Lycian rulers. 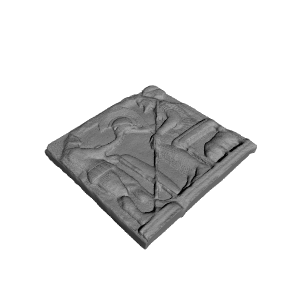