Fragment from the statue of a kore

3D
Scan The World
1,118 views 35 downloads
Community Prints Add your picture
Be the first to share a picture of this printed object
0 comments

Fragment from the statue of a kore

This statue was found in the sanctuary of Ptoan Apollo in Boeotia. It wears a long chiton which bears at the bottom a votive inscription. 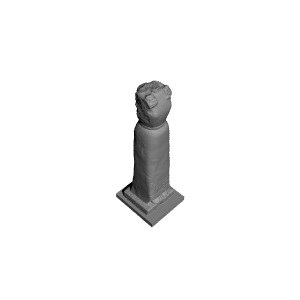