Fragment of a Christian sarcophagus

3D
Scan The World
1,436 views 31 downloads
Community Prints Add your picture
Be the first to share a picture of this printed object
0 comments

Fragment of a Christian sarcophagus

With the final legalization of Christianity with the Edict of Milan in 313, the existing styles of Christian art continued to develop, and take on a more monumental and iconic character. Before long very large Christian churches began to be constructed, and the majority of the rich elite adapted Christianity, and public and elite Christian art became grander to suit the new spaces and clients.

Funerary art such as this one could evolve more freely, and become more refined as it would be brought into broad daylight. 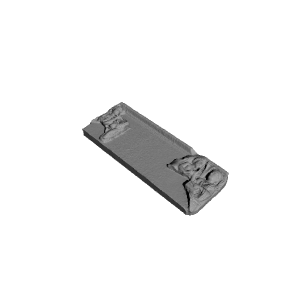