3D
Scan The World
2,593 views 71 downloads
1 collection
Community Prints Add your picture
Be the first to share a picture of this printed object
0 comments

Although many Roman sculptures are purely Roman in their conception, others are carefully measured, exact copies of Greek statues, or variants of Greek prototypes adapted to the taste of the Roman patron. Some Roman sculptures are a pastiche of more than one Greek original, others combine the image of a Greek god or athlete with a Roman portrait head. The meaning of the original Greek statue often lent beauty, importance, or a heroic quality to the person portrayed. By the second century A.D., the demand for copies of Greek statues was enormous—besides their domestic popularity, the numerous public monuments, theaters, and public baths throughout the Roman empire were decorated with niches filled with marble and bronze statuary. 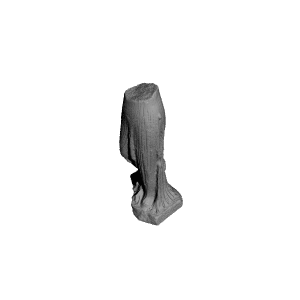