Fragment of a peacock-arch from the main entablature

3D
Scan The World
3,391 views 176 downloads
3 collections
Community Prints Add your picture
Be the first to share a picture of this printed object
0 comments

Fragment of a peacock-arch from the main entablature

The inscription reads "Even you do not know how many houses dedicated to God your hand has made".

The Achaemenid Persian empire was the largest that the ancient world had seen, extending from Anatolia and Egypt across western Asia to northern India and Central Asia. Its formation began in 550 B.C., when King Astyages of Media, who dominated much of Iran and eastern Anatolia (Turkey), was defeated by his southern neighbor Cyrus II (“the Great”), king of Persia (r. 559–530 B.C.). This upset the balance of power in the Near East. The Lydians of western Anatolia under King Croesus took advantage of the fall of Media to push east and clashed with Persian forces. The Lydian army withdrew for the winter but the Persians advanced to the Lydian capital at Sardis, which fell after a two-week siege. The Lydians had been allied with the Babylonians and Egyptians and Cyrus now had to confront these major powers. The Babylonian empire controlled Mesopotamia and the eastern Mediterranean. In 539 B.C., Persian forces defeated the Babylonian army at the site of Opis, east of the Tigris. Cyrus entered Babylon and presented himself as a traditional Mesopotamian monarch, restoring temples and releasing political prisoners. 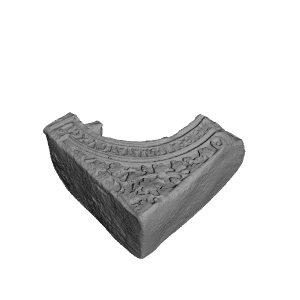