Fragment of a royal nose

3D
360°
Scan The World
1,008 views 23 downloads
1 collection
Community Prints Add your picture
Be the first to share a picture of this printed object
0 comments

Fragment of a royal nose

This large quartzite nose comes from one of two colossal seated statues of the Middle Kingdom King Amenemhat III. Originally about twelve meters high, these were erected as part of a royal monument at Biyahmu in the Fayum. During the Middle Kingdom, the Fayum was the focus of numerous building projects, probably as the result of land reclamation projects undertaken in the region at the time. 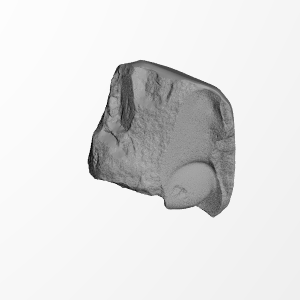