Fragment of a sarcophagus

3D
Scan The World
1,790 views 66 downloads
Community Prints Add your picture
Be the first to share a picture of this printed object
0 comments

Fragment of a sarcophagus

Orestes was the son of king Agamemnon and queen Clytemnestra. According to Homer, Orestes was away when his father returned from Troy and got killed by Aegisthus, Clytemnestra's lover. On reaching manhood, Orestes avenged his father by killing both his mother and Aegisthus. This relief depicts a part of the story and used to be on a sarcophagus. 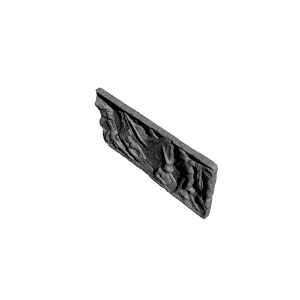