Fragment of a sarcophagus with an Eros figure

3D
Scan The World
1,274 views 34 downloads
1 collection
Community Prints Add your picture
Be the first to share a picture of this printed object
0 comments

Fragment of a sarcophagus with an Eros figure

Sarcophagi had been used for centuries by the Etruscans and the Greeks; when the Romans eventually adopted inhumation as their primary funerary practice, both of these cultures had an impact on the development of Roman sarcophagi during the second and third centuries.

Narrative scenes from Greek mythology were popular and reflected the upper-class Roman taste for Greek culture and literature. 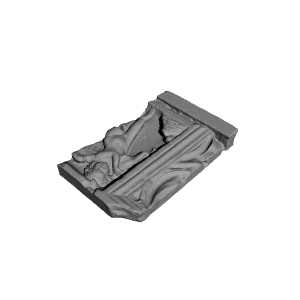