Fragment of an Attic funerary stele

3D
Scan The World
1,749 views 57 downloads
Community Prints Add your picture
Be the first to share a picture of this printed object
0 comments

Fragment of an Attic funerary stele

During the mid-fourth century B.C., Macedonia (in northern Greece) became a formidable power under Philip II, and the Macedonian royal court became the leading center of Greek culture. Philip’s military and political achievements ably served the conquests of his son, Alexander the Great (r. 336–323 B.C.). Within eleven years, Alexander subdued the Persian empire of western Asia and Egypt, continuing into Central Asia as far as the Indus River valley. During his reign, Alexander cultivated the arts as no patron had done before him. Among his retinue of artists was the court sculptor Lysippos, arguably one of the most important artists of the fourth century B.C. His works, most notably his portraits of Alexander (and the work they influenced), inaugurated many features of Hellenistic sculpture, such as the heroic ruler portrait. When Alexander died in 323 B.C., his successors, many of whom adopted this portrait type, divided up the vast empire into smaller kingdoms that transformed the political and cultural world during the Hellenistic period (ca. 323–31 B.C.). 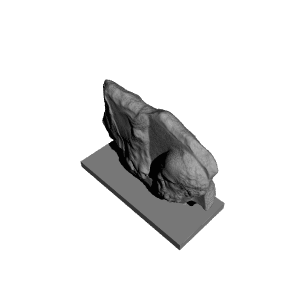