3D
Support Free Scan The World
1,516 views 70 downloads
Community Prints Add your picture
Be the first to share a picture of this printed object
0 comments

Skilurus or Scylurus was the best known king of Scythia in the 2nd century BC. He was the son of a king and the father of a king, but the relation of his dynasty to the previous one is disputed. His realm included the lower reaches of the Borysthenes and Hypanis, as well as the northern part of Crimea, where his capital, Scythian Neapolis, was situated.

The artist is unknown.

Printed on a side (see the pictures) to avoid supports and it works! 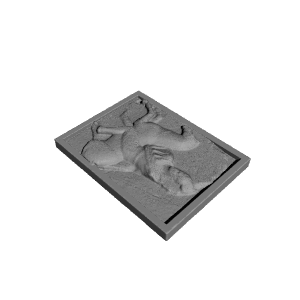